Rushclan cats are fast, shy, and very loyal cats. They may be small but they will fight like Tigerclan for their clan. They live on a big, wide meadow full of rabbits and also groundhogs. Swiftstar- An orange tom who is Swift, brave, likes to fight, won't tolerate disobedience, and strong. He is the leader of Rushclan. Swiftstar is 50 moons old.

Orchidsong- Orchidsong is a sweet but shy she-cat. A times she can seem like her mother Wolfheart sometimes. Shes very loving and cares for her clan. She loves the smell of herbs and loves talking to Starclan. A Beautiful young tortoiseshell she-cat with a long fluffy tail. She is the medicine cat of Rushclan. She is blind. She is 56 moons old. 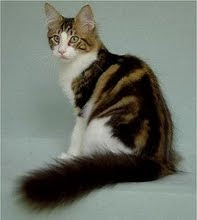 Wolfheart- Brave and loves Adventure. She's a great fighter and loves to hunt. She's very Motherly to kits and will never leave on to die even if its not in her clan. A Silver/Black tabby she-cat. She is a warrior of Rushclan. She is 62 moons old.

Cloudfur- Cloudfur is a gray tabby tom with bright blue eyes. He is powerful but kind most of the time, can be bossy, swift, and thinks he's the best. He is a warrior of Rushclan. He is 84 moons old.

Riverlight- A beautiful black she-cat with silver stripes and dark blue eyes. She is kind and diplomatic. Even so, she is a great fighter and will die for her clan. She is a 46 moon old warrior of Rushclan and is the opposite of her brother, Ravenflight.

Ravenflight- A black tom cat with piercing blue eyes. He is outspoken and headstrong, though not the best fighter. He IS, however, a brilliant hunter and is very brave. He is a warrior of Rushclan and is 46 moons old. He is a little over-protective of his sister, Riverlight.

Foxstripe- Foxstripe is a ginger tom. He is a warrior of Rushclan and has been training for awhile already. He is very loyal and strong and would die for his clan in an instant. He is a brilliant fighter and runner, but could work on his hunting skills. He is around 36 moons old.

Hawktalon- Hawktalon is a black tom with a fleck of white on his chest. He is strong, handsome, brave, and hopes to be the best ever. He is a warrior of Rushclan. He is 42 moons old. 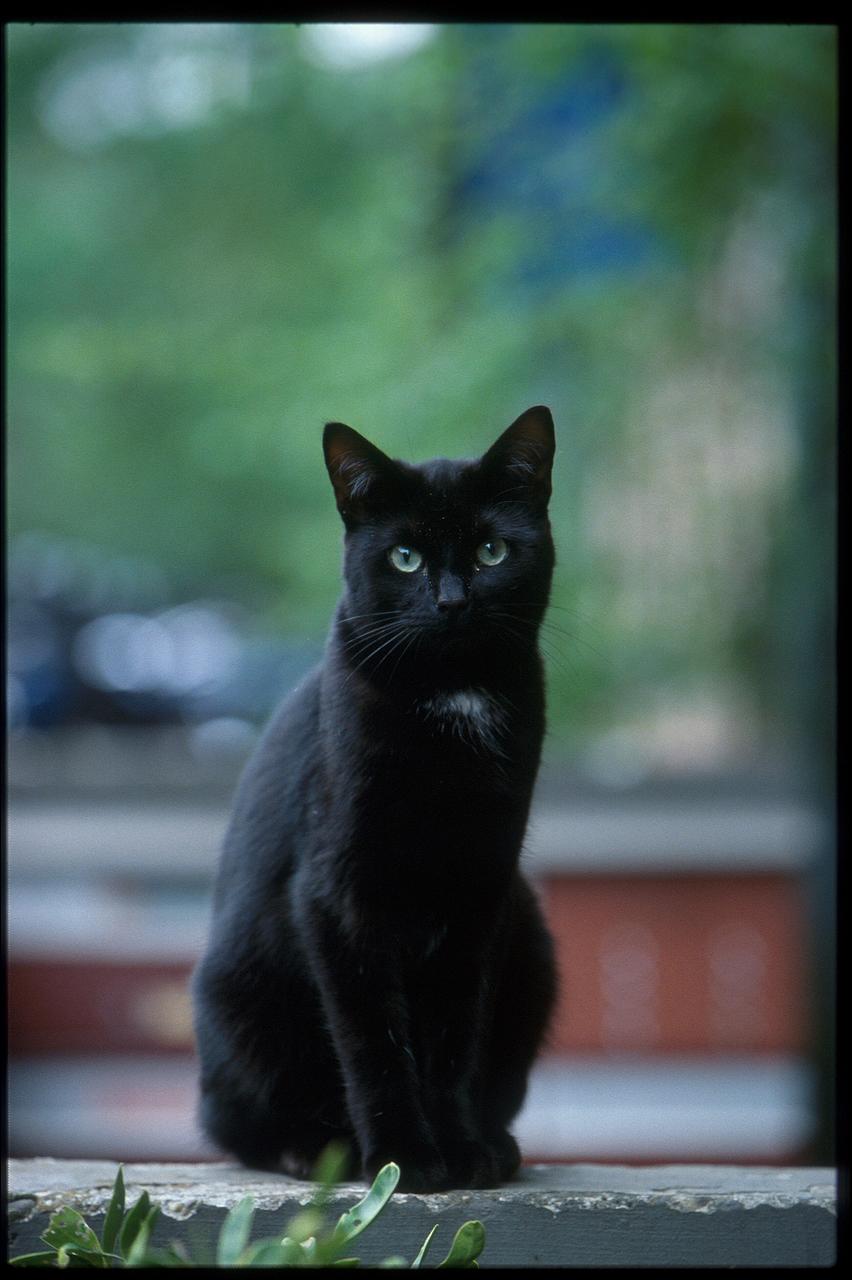 Darktear- [Dark-teer]Darktear is a black bengal she-cat. She is 28 moons old and is a new warrior of RushClan. She is mean and prickly on the outside but on the inside...she is mean and prickly, too. She is probably this way because her sister, Streampaw, died on the day they were going to become warriors. She got so mad at seeing everyone else grieving for her sister when SHE knew her best, SHE was the only one who really understood her...so now she is snappy to everyone. But maybe there is still hope for her, if someone just took the time to get to know the real her, burried beneath all the horrible memories... 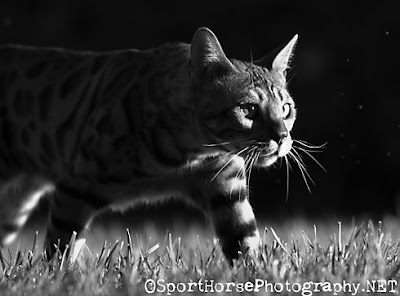 Sunheart- Sunheart is a white tom cat with bright yellow eyes. He is very serious and always wants to prove himself. The worst thing for him is disapointment form his clanmates. He has the tendancy to get in trouble when he does what he thinks is right, trying to help his clanmates. Sunheart, though still young, has the instinct to keep his head in crisese and help keep control and order. He is a warrior of Rushclan. He is 22 moons old.

Cloverfur- Cloverfur is a pretty cream tortieshell she-cat. She has agua-green eyes that are rimmed by cream and brown fur. She is very small but her small size lends her agility beyond measure. Cloverfur is an intelligent warrior of Rushclan. She is 52 moons old. 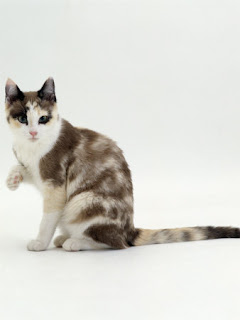 Shadowstalker- A pitch black tom with dark, secretive amber eyes. He's swift, and lithe, and extremely fast. Despite him being excruciatingly quiet and shy, he's exceedingly brave and loves his Clan, Rushclan, very much. He's very loyal, and will probably kill you if you mess with his family, is good friends with his sister, Orchidsong. Well, Shadowstalker's name is obvious, he's always in the shadows, watching. Which means he's very good at stalking prey, and even another enemy cat. Watch out. Long ago Shadowstalker was in a battle with a group of cats at the far end of the Rushclan border. His Mother, Wolfheart fought by his side. there were other cats there by there side. For the first time Shadowstalker got so severely wounded that he was close to death. Wolfheart tried all she can to save him but she kept getting pushed back. And Shadowstalker blacked out. From his Moms point of view she was too far away to see if he was still alive or not. When she finally was able to get to him he was gone..... missing.. all that was left was blood, scratch marks and peaces of his fur, so for the longest time Wolfheart and Orchidsong had thought him dead. Orchidsong had even had dreams with him in it once or twice but not as much as Shadowstalker's other siblings Speckletail and Dogfoot. Not even Shadowstalker knows y he was in her dreams for he had never seem Orchidsong that way in a dream. But to know the rest of what happened to him u will have to ask him urself and hes not afraid to tell u. And his adventure had taken him far from the lands of the clans. But now... Hes back! and Alive. He is 39 moons old.

Bluefreeze- She is a lanky, long-limbed silver blue she-cat with shining green eyes, usually sparkling with mischief. She used to be Streampaw's best friend before she died, but now she is Darktears. She is the only cat so far who could get into her friends head, get past the prickly outter shell and talk to the real Darktear. Bluefreeze is a trickster, but she is funny and nice. She is a great hunter, one of the best in the clan, and is ok at fighting. She wants a mate someday, but wants to do a lot more warrior stuff first. She loves her clan, RushClan, and will stay loyal to it till the end. She is 42 moons old

Blossomfire- Blossomfire is a medicine cat apprentice of Rushclan. She is very curious and adventurous and can usually be snooping around the medicine cat den. This small cat is in awe of Orchidsong and how she can heal her clanmates. Blossomfire isn't a great fan of fighting, because she doesn't get it. She loves how the medicine cats can help their clan without fighting.  She is 28 moons old.

Bramblepaw - A rambunctious tabby tom of Rushclan. He is very brave and protecting. He wants to be the best warrior he can be for his clan. He is always prepared and ready, and doesn't over-react much. Bramblepaw will definitely be a great fighter when he's grown. He is 9 moons old.

Whitepaw- A fit white tom of Rushclan. He is very loyal and outgoing and isn't afraid to speak his mind. He wants to become a great warrior someday and loves his siblings and wants to protect them no matter what. He is kind to his clanmates but can have an attitude at times. He is 9 moons old. Heatherpaw- She is an outgoing and determined she-cat of Rushclan. She looks like her father, Spark, and has his attitude. She will speak her mind, but she isn't mean about it. Heatherpaw is very strong-willed and intellingent. She inherited her father's fighting skills, plus the speed of a Rushclan cat means that she'll be a formidable fighter. She is 9 moons old.

Nightpaw- Nightpaw is a small black she-cat with green eyes. She is very sweet but protective. She was found wondering through camp or RushClan and they couldnt find her mother. She is suckled by all the queens. Nightpaw is always ready for advanture and cannot wait to become and apprentice and warrior. She loves to run and jump and often has been brought back to the nursery from the warriors den because she had been pouncing around the warrior's tails. She is very hard to get to go to sleep at night and can often be found looking up at the stars at night. She is 9 moons old.

Mallowpaw- Mallowpaw is a black tom with bright violet eyes. He is 9 moons old and is an apprentice of RushClan. He is defensive and fiercely loyal, but playful with his friends. He isn't one to stand by, watching things happen and always wants to be in the middle of things. He is a good fighter and wants to be the best warrior RushClan has ever seen. Flyingpaw- A lithe and smart she-cat, who likes to attack the enemy first. She has a hard time making friends since she hasn't made any since she was born, and just seemed very different from everyone else. Her fur is a beautiful snowy white, with ebony black spots. The color of her eyes is an amber yellow, one of the only colors on her body. On one of her paws she has a gray spot, which is unusual since the only spots are black. Her tail is a little shorter then it's supposed to be, for when she was younger she escaped a fox by running, and that's what most cats that were her age then would do. The fox had nicked her tail; luckily her white fur grew over the wound and skin. She's very different, despite her tail. She's never had a family to comfort her. When she was a kit she got new parents who 'adopted' her, and nursed her until she became an apprentice. An odd thing is that she doesn't know what happened to her family, but she does know that she had siblings. They probably all died when they were born, and she was just the kit that was the runt of the litter, but was the only survivor of the litter. Maybe that's why her parents gave her up, because they were reminded of what had happened. All this she-cat knows is that if she has kits, even if some died, she would treat the living ones better then her real parents did. She wouldn't let her family go through what she's going through. She respects her Clan, RushClan, very much, since that's the Clan her adoptive parents nursed her in. Fawnpaw- Fawnpaw is a small, dainty she-cat with light grey/green eyes. Her pelt is a light brown tabby with a silvery like sheen to it. It's a very unique color, yet it's not abnormal colored. Fawnpaw is a friendly and quiet she-cat. Not exactly shy, she's just quiet but always seems to have a smile on her face. Even though she's a Rushclan apprentice, she isn't the fastest and is better at stalking than racing after rabbits. She feels a little out of place among the other apprentices, considering she's slower than them, which makes her a horrible moorland hunter. She is a little better than average fighter, but she definately won't be remembered by her fighting skills. Fawnpaw is just a generally kind cat, and sticks by her friends until the end. She's very strategic and a great thinker. Batpaw- Batpaw is a black tom with yellow eyes. He is very small and has just been made an apprentice. He is brave and a bit sharp-tongued. He has a sister named Featherpaw.

Featherpaw- Featherpaw is a white she-cat with bright green eyes. She was just made an apprentice. Featherpaw is kind and hopefull. Her brother is Batpaw.