Wise, brave, and strong. These cats are the clan cats that have died. They watch over the other cats. Rockthorn- Brown Bengal tom with amber eyes. He is nice to his family and friends, but anything else he is aggresive to. :He was once Star's mate and he had two kits, Echokit and Flamekit. Before his kit's were apprenticed, a fox tried to kill them. He saved his family but didn't save himself.

Rockpelt - A long haired elder of Stormclan. He is completely black with pale yellow eyes. He was quite nice for an elder and enjoyed telling stories to kits. He was murdered by Assassin, the fox.

Gorsefur - A black and white tom cat. He's a young warrior of Stormclan. He's energetic, kind, and bold. Gorsefur is a strong battler and would give up his life for any of his friends or clanmates in a split second. He died in the ROB Alliance war.

Darkfeather- Darkfeather is a black tom with bright green eyes. Not much is known about him. He grew up in StormClan and was killed the night of his wariror ceremony. He is usually the cat who visits Wintermoon in her dreams at the Moonpool. Darkfeather is nice and mysterious. He is in love with Silverstorm since he knew her when they were younger. Maybe that's why he has such interest in her kits. He is stuck as 12 moons old, but he is happy he died a warrior protecting his Clan. Blackrose- A pitch black she cat with dark amber eyes. Blackrose was an apprentice with Shadeheart and his brother. She had always been kind of secluded, but not mean, until her parents died. Her father had been a traitor and attacked his clanmates on patrol near the Gorgeclan border. Blackrose's mother sacrificed herself by pushing themselves both off the gorge. Blackrose decided to never trust anyone who Shadeheart didn't trust, and thus grew cold with him. She is 44 moons old when she died by the bobcat Shadow.

Willowstream- Starlingwing's old mentor. She was Streamclan's former medicine cat before a flood swept through there camp. Starlingwing, who was just recently made a medicine cat, was trapped under a branch and she swam. Willowstream managed to save her, but she was swept away. She is a long haired grey tabby she-cat with a white muzzle and chest. She has green eyes.

Jacklepaw- A tabby-and-white tom cat. He used to be an apprentice of StreamClan and was friends (and maybe a little more...) with Birchstripe, it was almost like they were littermates. He is bubbly and hyper (sometimes a little to much) and always looks on the bright side. He was always getting in trouble with Birchpaw and still does in StarClan. He had pale yellow eyes and was 10 moons old-almost a warrior-when he died from a fox attack.

Icestorm - A small white she cat. She was just made a warrior and is 14 moons old. She is quiet but very brave. She is an amazing fisher and loves to hunt for her clan, Streamclan. She loves her clanmates and wants to be the best warrior she can be. She died in the ROB Allieance war.

Nightshade- Nightshade is a sleek black she-cat with piercing green eyes. She was Shadestar's mate before she fell in a gorge during a boder fight ans died. She is deeply ashamed of Shadestar for doing what he did and what he got Gorgeclan into. She doesn't want to see cats suffer. She is overall a very nice she-cat, though can snap at times if you get her angry.

Rowanclaw - An old elder of Gorgeclan. He is a Maine Coon cat and has a vicious temper. Doesn't put up with many apprentices except for the hard working and quiet ones. He will snap at everyone, even Shadowstar. The only thing he has a soft spot for are kits. He can usually be found near the nursery when kits are there, and the queens usually let him stay with them while the stretch their legs. Rowanclaw even sometimes offers the she-cat to go stretch her legs so he can stay with the kits. The kits like his long fluffy fur as well so it's win win. He is 90 moons old.

Sparrowflight- A long haired she-cat elder. She is and elder of Rushclan and is kind. She enjoys to help out with the clan even though she's an elder, and she just adores kits. Lived her whole life in the clan, she remembers when Swiftstar became leader. She is 90 moons old and died from natural causes.

Runningpool - A grey and white tom cat of Rushclan. He is quite fast, even for a Rushclan cat and is an amazing hunter. He loves to chase the rabbits on his moorland home. Runningpool is 30 moons old and is still rearing with energy. He was killed by Goliath. Mousekit - Mousekit is a small brown she-cat with a big heart. She is kind to her clnamates, though can snap quite easily. She is terrified of dogs, foxes, and badgers and doesn't like to fight. She loves to run all day if she could. She was killed by Goliath. 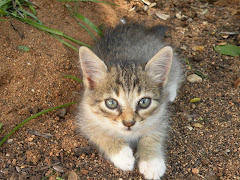 Streampaw- She is a pretty cream-colored snow bengal she-cat and is an apprentice of StarClan. She used to be in RushClan, though, but she was killed by a fox. She always had a way with toms and was kind to everyone. Now she still is, to her clanmates in the sky.

Snowblaze - A long haired white she-cat with ice blue eyes. Her fur fades brown as it goes back and her plumy tail turns dark brown. She has a fierce temper and tolerates no mistakes. Even small ones. Almost gets into a fight with everyone, this middle age she-cat isn't very likable, not even to her own clanmates. Though, that couldn't bother her in the least.  She is 38 moons old.

Birchheart- A stuck up and prissy warrior of Rushclan. Is very rude and obnoxious, but is super well behaved near Swiftstar. She is very devious and some may even consider her evil.... She doesn't agree to nor deny those claims. She let's cats think what they want about her. She is nice to one person particularly though.....  She is 27 moons old.

Ripplestar- Ripplestar was Strikeclan's old leader until the horrible sickness took him. He is a grey tabby tom with white paws and chest. He watches over his clan with watchful, wise eyes. He is very proud of all the cats who are rebuilding Strikeclan. He hopes to someday see his clan totally restored. He is glad to see his old apprentice, Moonwhiskers, alive and well. He is in Starclan now and when he died he was 40 moons old. 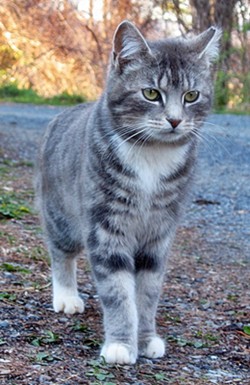 Sorrelleaf - A gentle and kind calico warrior of Strikelcan. She used to be a loner, but she hated being alone. She heard of the group of cats that were becoming a clan and decided to join them. She is still young and is only 16 moons old. She adopted the name Sorrelleaf in lace of her loner name, Dream. Badgerclaw- A black and white tom with amber/gray eyes. He got his name from his pelt as well as when he was attacked from a badger when he was born. There is still a visible scar on his shoulder from it. He is an elder of Strikeclan, though isn't a very old one. He still has spunk left in him and is still very active. He likes to go on walks outside any time that he can. He is gentle around kits and stern to apprentice's, mostly because he wants them to learn well. He had a mate once, but she died from a two-leg. He is 90 moons old. He was killed by Thunder. These cats have done evil things in their lifetime. Beware them....they may come to you....

Shadestar- A very mean black tom with amber eyes. He was once the leader of Gorgeclan. He used to be nicer and not bloodthirsty, but when his mate died, he went mad for revenge. There was a border fight with Rushclan and his mate, Nightshade, was there fighting with him on the patrol. They were outnumberd two to four. Nightshade slipped and fell into a gorge in Gorgeclan's territory. Shadestar swore vengance on Rushclan and he sent many battle patrol out to kill them, killing many of his own clanmates. He later got mad at one of his warriors for not obeying orders, and he killed him. His clanmates had no choice but to drive him out and he ran towards Rushclan and found a patrol and attacked it. He died in that fight. He is now in the Darkforest. Darkstrike- A muscular brown tabby tom. He is very mean and bloodthirsty. We wishes for Gorgeclan to rule over the other clans. He would do anything for power, but he is very loyal to his clan, Gorgeclan. He loves the sight of blood and shows no mercy when fighting. He is 30 moons old. He was killed by Owlcaw.

Dewfeathers- Definiteley a cat who likes to get what she wants, when she wants. But don't mess with her, or she may just give you an argument worth running away from. Her fur is a mix of a gray and a lightish brown color, with darker stripes all around her body. Meaning she's a tabby. If it wasn't that obvious. Dewfeathers is a prickly she-cat, absolutely, and her loyalties can change. Her eyes are a mischievous pale green, that seem to be innocent at the right times. She obviously doesn't like to be wrong, and will talk back until she gives up. Which, is, until you decide that the conversation is more dumber then it's supposed to be.She is 38 moons old.
Previous Apprentice- Berrypaw

Death Cave are a very large  cave. There is no escape from it and there is little prey there.

The Shinning Meadow is a huge lush meadow. Prey is plentiful. Shadow- A big black male black lab. He likes the clan cats and doesn't want to hurt them. He is very much against the two doberman brothers. He is a good fighter and an ok hunter. He always wants to protect his pack. He died of old age.

Lightning - A vicious male doberman pincher. He hates cats with a passion and will rip anyone to shreds if they get in his way. He has a brother named Thunder who is equally mean. If he and his brother find any traitors in the pack, they will personally demolish them. He was killed in battle.

Goliath- A large Mastiff/Wolf mix. Is insanely powerful because Mastiff's are the strongest dogs in the world and he is part wolf too.He has pale yellow eyes and a black muzzle. His ears are tipped black as well. He is in Lightning and Thunder's gang. He was killed by Runningpool.

Jade- A devious and cunning female fox. She is a deadly fighter and plans to aid the Badgers in their plan. Jade has blazing emerald eyes that are accented by her russet coat. Her chest is black and white, her stomach is white, two of her paws are black, and her tail tip is silver. Jade's looks deceive how deadly and murderous she really is. Blade- A huge, very aggresive badger. He is very strong and mean. He will kill in an instant and he shows no mercy. He loves to torment and kills cats.

Jet - A prickly female badger. She has black eyes and snaps at almost everyone and everything. Short temper, but to those she cares for, she shows great affection. 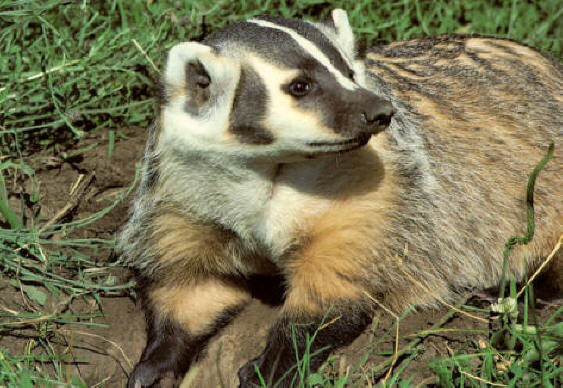 Medicine cats and leaders come here to share tongues with their ancestors.

-Moonpool gatherings are held the around 2nd of every month.